Eastern Sicily: between Mediterranean flavors and the ruins of Magna Graecia

Sicily is a magical and ancient island which boasts several blue flags, thanks to the beauty of its sandy and rocky beaches. After the island was largely destroyed by the earth quake of 1693, many cities have been rebuilt, resulting in beautiful examples of baroque architecture such as the city of Noto. Nevertheless, Greek and Roman ruins can still be seen around almost every corner and are part of the UNESCO World Heritage. 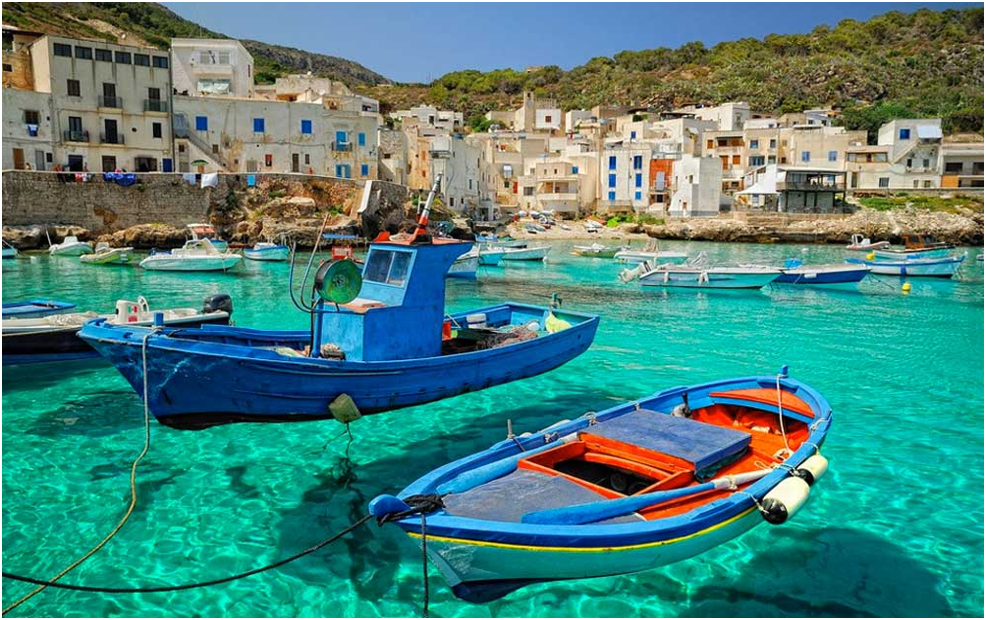 In this article we invite you to discover the Eastern side of the Italian island, where you will enjoy an unforgettable experience between Taormina and Syracuse.

The East coast is easily accessible thanks to the Fontanarossa Airport of Catania, located only 60 km away from both cities. It’s the busiest airport of the island with its new Terminal that was opened in 2006.

“If somebody might pass one day only in Sicily and asks: <What should I visit?> I would answer without hesitate: <Taormina>. It is not only a landscape, but a landscape in which you can find all that seems to be created on earth to seduce the eyes, mind and fantasy. Where are the people who could make, today, things like these? Where are the men able to build, for the crowd pleasure, works like these? Those men, the ones of a time, had soul and eyes different from ours; in their veins, with blood, flowed something lost: love and cult for Beauty.” 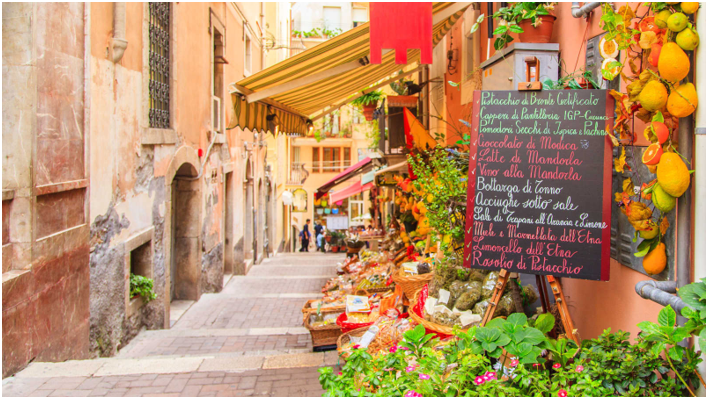 The town is divided into two areas, Taormina Town and Taormina Mazzaro and it’s characterised by fascinating side streets and colourful alleyways. Majestically located on the side of Mount Tauro, Taormina is plenty of restaurants, bars, shops and clubs. Nevertheless, the town still retains that Old World charm, a medieval touch with its beautiful architecture. The main shopping area, Corso Umberto, is full of designer shops with wonderful views and pavement cafes. An experience you will never forget.

If you love sunbathing during the day and have fun during the night, Taormina has a lot to offer with its night clubs, pubs and restaurants. From the city centre you will also easily reach the nearby beaches, first of all, the popular Isola Bella island.

Not to be missed is  The Greek Theatre, an important and historical beauty, stage of many concerts and cultural activities which can be included to any incentive program. 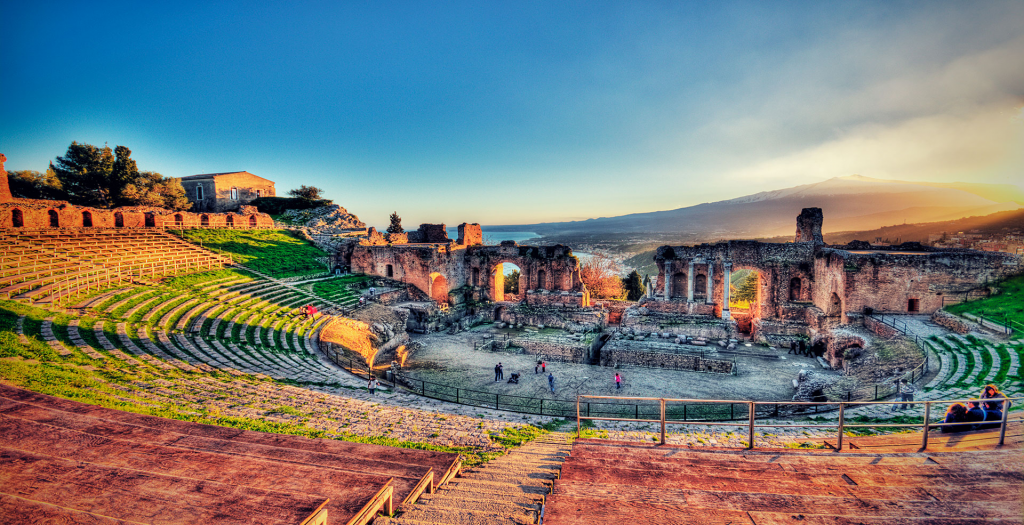 Of the many beautiful accommodation facilities in this side of the Island, one of the most spectacular hotel is the 5-star Belmond Grand Hotel Timeo, the first one built in Taormina, located right in front of the Greek theatre and with the Mount Etna as a backdrop.

Another exclusive option is the 5-star Belmond Villa Sant’Andrea built by an aristocratic family in 1830 and overlooking its own beach and surrounded by subtropical gardens, keeps all the charm of a private residence.

Our most popular programmes include few days in Taormina with daily excursions to Syracuse.

Sea, history, food… Whatever you are looking for during your stay in Sicily, you will find it in Syracuse. Lively town on Sicily’s south east coast, Syracuse was the most important centre of Magna Graecia. Wandering in the city centre, in the Ortygia Island, you will get lost in 2500 years of history, shown by the many Greeks, Romans and Normans remains.

The most beautiful and greatest Greek colony in Sicily and World Heritage Site thanks to its huge archaeological Park of Neapolis. By visiting this area it’s possible to admire the

Greek Theatre,  the Roman Amphitheatre, the Latomie of Paradise and the Ear of Dionysius. The city also reveals the splendid Ortigia, a small island which is the historical centre of Siracusa.

The main square hosts the beautiful Cathedral which dominates the landscape with its  Sicilian-Baroque facade, a powerful composition but it gives no hint that this building once was a Doric temple! 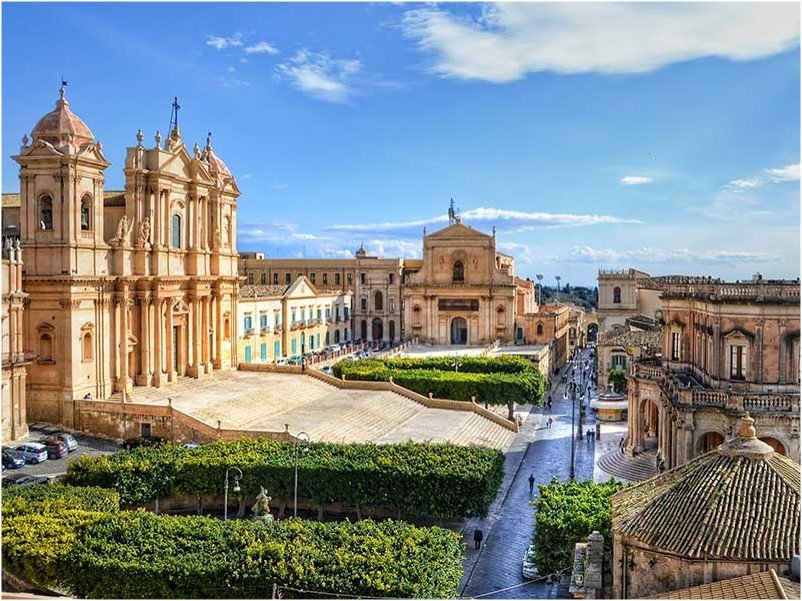 Listed by UNESCO as a World Heritage Site, the city is absolutely not to be missed.

And don’t forget to try the traditional dessert cannoli or the classic summer treat, granita – if you’re a foodie you’re going to love Sicily! 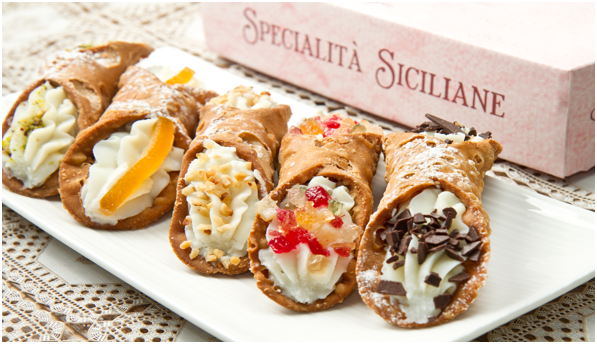 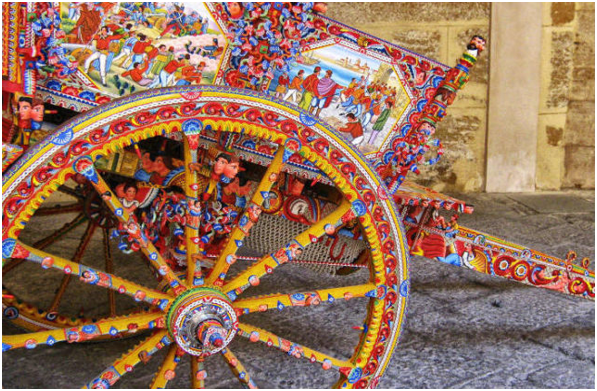 And if you are eager to discover more about Sicily don’t hesitate to contact our local experts by visiting the page: Ovation Italy DMC