Mauritius is situated at approximately 2000 kilometers to the south-eastern coast of Africa and lies east of Madagascar on 20°S, 57.5°E. The land has an area of 1865 square kilometers with 330 kilometers of coastline. Inland features include a vast central plateau, subtropical forests, rivers, streams and waterfalls. Bordering this tableland are several mountain ranges consisting of diverse shaped masses of basalt testifying the volcanic origins of the island.

Mauritius is a crucible of diverse cultures and religious which our immigrant population brought from ancestral soils. Hinduism, Christianity, Islam and Buddhism are the most practiced religions. All year long their festivities are celebrated in peace and harmony. The country today is recognized cultural melting pot and is often cited as a perfect example of peaceful co­existence of the main religions of the world.

Most people in Mauritius are bilingual being equally fluent in English and French. Creole and French is predominant in everyday life and several oriental languages are spoken too.

Through its Strategic Partner Programme Ovation Global DMC is pleased to work with SummerTimes, a leader in the Mauritian tourism sector, with a highly dedicated team of over 200 experienced and knowledgeable staff; some with over 25 years hands-on experience.

Established in August 2000 to provide a complete range of inbound services as a DMC. When it comes to organising meetings, incentives, conferences and events, the award winning, dedicated, multilingual and well trained team at SummerTimes will blend creativity, expertise and enthusiasm to deliver the very best services and ensure every client event in the dream destination of Mauritius is a success.

2004 brought the establishment of SummerTimes Voyages, an IATA approved travel agency and the securing of the SIXT Rent a Car franchise on an exclusive basis in Mauritius. Since 2006, SummerTimes has been general sales agents for Corsair International – France. Licensed by the Ministry of Tourism, SummerTimes is a founder member of both AIOM (Association of Inbound Operators Mauritius) and ITMA (Incentive Travel & Meetings Association) and is also member of BAR (Board of Airlines). 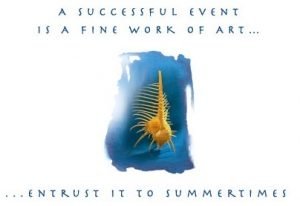 Hi Patrice, Thank you for all your support with CEO Circle 2016. We have had some fantastic feedback from guests and will have more detailed feedback when we get the results from the on-line survey that Sarah will send out in the next few days. If we have any feedback pertaining to the off-site activities or transportation, I’ll share it with you. It has been a pleasure to have the opportunity to work with you on this event and everything ran like clockwork. You have a delightful team and I had some great comments about the friendliness of your staff. I look forward to having the opportunity of working with you again. Kind regards Jenny

Patrice’s core effectiveness is founded on his commitment, self-discipline and a humble respect for others. He has handled all the major events in the company with a group of over 1000 pax recently.

Nicolas has acquired valuable knowledge and experience in the MICE business. One of his best memories during an event was a CSR project with the complete renovation of an orphanage.

Another chance to meet us in Barcelona! IBTM World 2022! Our team is looking forward to meeting you! Read more

IMEX America and Las Vegas did not disappoint this year and showcases time and time again the importance of IMEX in the... Read more

Another edition another chance to meet us! IMEX America 2022! Our team is looking forward to meeting you! Read more

Accepted files: pdf,jpg,jpeg,png,doc,docx
Ovation Global DMC collects your personal data to process your request and respond to you.
For more information: Privacy Statement
Submit *Required Field
XWe use cookies on our website to give you the most relevant experience by remembering your preferences and repeat visits. By clicking “Accept”, you consent to the use of ALL the cookies. However you may visit Cookie Settings to provide a controlled consent. Read MoreREJECTACCEPTCookie settings
Manage consent