This tropical nation occupies almost 20,000 square miles of spectacular and diverse terrain between Nicaragua and Panama, approximately 8 to 11 degrees north of the equator.

Their in-depth understanding of the MICE industry guarantees a personal and comprehensive partnership right from the very first contact. Renowned as a sophisticated group of planners, Costa Rica DMC is the undisputed destination leader in production design and creation, with a wide-ranging mix of experience from exclusive adventure activities to bespoke corporate events and upscale large productions. 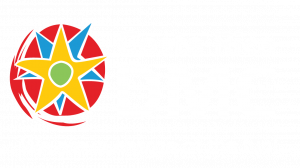 Come and be Inspired by Costa Rica

Take a look at our sample meeting and incentive programmes to find out how you can make the most of your trip to Costa Rica.

Ovation Global DMC will be there! IBTM World 2021! Join us! Read more

IMEX America is back! So are we!!

Join us in Las Vegas! Our destinations are ready to provide you with all the information you need to collaborate in... Read more

Reconnect and recharge in Costa Rica

This downtime has Costa Rica, a chance to recover, revive our National Parks making sure that our vegetation is richer,... Read more