Kazakhstan is a unique country located in the center of Eurasia, ancient Great Steppe with its rich history of nomadic people.  Kazakhstan is a country, where you can meet the brightest sides of both Eastern traditions with Western culture.

For each traveler, Kazakhstan can be discovered from different sides. Due to the vast territory, the country offers you diverse nature, where you can see golden desert, dense forest, boundless steppe, alpine meadows, ever snowed mountains picks and mysterious canyons in one visit. Historical heritages, architectural monuments and ancient city ruins, not only take you to the past, but also acquaintance with the culture, traditions, rituals and daily lifestyle of nomads.

While you are visiting Kazakhstan, you will open a new world, which will enchant you for a long time.

The city of Almaty is the southern capital of Kazakhstan, or also called the city of apples. The city which was formed more than a century ago, has come a long way from the village to the modern metropolis.

Even before the city was laid, one of the main arteries of the Great Silk Road, which had an important geographical and economic position, passed here. The city continues to remain one of the main economic and cultural centers of the country, which remains attractive for different spheres of business.

In addition to the unique location, there the architectural monuments of last century contrast sharply with modern buildings, that extend to the mountains of Ili Alatau. And the high-altitude resort of Shymbulak, located near the city, is often called the Kazakhstan Alps.

International meetings are actively held in the city. The city hosted the participants and guests of the Winter Universiade 2017, the 2011 Winter Asian Games. And of course, the city has all the infrastructure for carrying out activities of various levels.

Astana is the second largest city and capital since 1998 with a population of over 1 000 000 people. The city is divided into the right and left bank of Ishim river, whereas development of left bank of Astana was launched only in 2000 year and it is growing rapidly in Central Asia.

The main conception of Astana city project is symbiosis of urban life with nature. As a matter of fact, the city which was built in the bare steppe is already surrounded by a real forest, so called “green belt”, which creates a more comfortable microclimate in the main city of the state.

Astana is the city of future, where you can see ocean creatures, exotic plants, palm trees, tented beach in the mid of the Great Steppe. Moreover, this region is rich for its incredible wildlife, only few hour drive from Astana you can meet the local habitants, such as Pink Flamingoes, Argali, Saigas, Marmots, Steppe Eagles …

Astana became the place, where the worldwide events hold, OSCE summit, Winter Asian Games 2011, international meeting on Syria, Astana Economic Forum, which shows the readiness of the capital for diverse and big events. As another good example of it was the international event EXPO 2017 exhibition, where over 100 countries have participated and around 4 000 000 people have visited during this event

Located in the heart of Eurasia, this place always was the bridge connecting East and West from ancient time and nowadays new Astana city continuing to be one of important spot in Central Asia.

Through its Strategic Partner Programme Ovation Global DMC is pleased to work with Turan Asia, known as one of the leaders of Kazakhstan’s tourist business since 1994.

Time is the best proof of reliability. Established on February 05, 1994 TURAN ASIA LLP is known as one of the leaders of Kazakhstan’s tourist business. The Company has been taking care of development of the tourist potential of Kazakhstan for over 20 years and opens new amazing tour products for its clients. Turan Asia also has a profound expertise in organisation of meetings, incentives and events that have a unique «Kazakhstani feeling» that cannot be experienced anywhere. 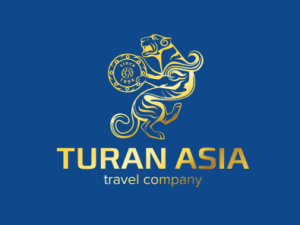 Please see below the tours around Kazakhstan and incentives try not to lose the opportunity to immerse in a nomadic culture with bustling marketplaces, listen to fascinating and unfamiliar instruments, and taste Kazakh delicacies.

Survival in the Digital World. A DMC perspective.

How well prepared was the MICE industry for current sudden (pandemic) digital transformation? Start with strategy before... Read more

Responsible travel…while it sounds very serious and nothing close to fun, we’re here to show you that it gives way... Read more

Now that 2017, the year for Sustainable Tourism is over, the question that comes up is now what? Good news is that one... Read more