The Ovation Egypt DMC Team is dedicated and specialized in customizing tailor-made events, starting from event concept to destination diversity offerings, in which we encourages groups to travel safely and enthusiastically with us.

Trusting the quality, the entertainment and the value provided across each moment for a perfect experience to tell in the mesmerizing land of Egypt, where again new excavations took place and dozens of 2,500-year-old coffins found in the vast Saqqara necropolis in Egypt went on display. 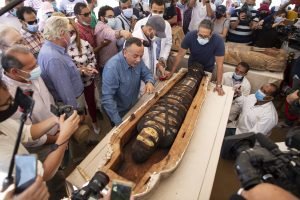 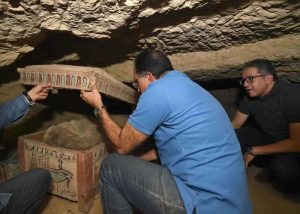 The 59 coffins belonging to Egyptian priests and clerks from the 26th dynasty were discovered in August at the site south of Cairo. They were buried in three 30- to 40-foot shafts, along with 28 statues of the ancient Egyptian God Seker, one of the most important funerary deities.

The coffins were in perfect condition thanks to a protective seal that preserved them from chemical reactions over the centuries. Initial studies show that the decorated coffins were made for priests, top officials and elites from the Pharaonic Late Period (664-525 B.C.). Discoveries included a cache of mummified animals and the well-preserved tomb of a fifth dynasty royal priest called “Wahtye.”

Ovation Egypt DMC offers its clients the privilege of private tours and events to the new excavations sites and Saqqara plateau that hosts at least 11 pyramids, including the Step Pyramid, along with hundreds of tombs of ancient officials and other sites that range from the 1st Dynasty (2920 B.C.-2770 B.C.) to the Coptic period (395-642).

These among a zillion reasons why you should visit Egypt right now. Virtually now and In-person soon. Join us in our history!

Check out what else is so incredible about Egypt here!

Shalom and welcome to Tel Aviv!

Top 8 Reasons why Malta should be on your pitch list in 2020!