Vast Echoing Valley…The Wadi Rum desert is located in the south of Jordan. It features dramatic sandstone mountains like the many-domed Jebel Um Ishrin, and natural arches such as Burdah Rock Bridge.

Wadi Rum boasts one of the most spectacular desert landscapes in the world with rolling sand dunes and mountains of sandstone. Its mystery and charm are sure to captivate you, as it has so many visitors before, including the famous T.E. Lawrence. Wadi Rum has become one of the favorite locations for filmmakers and producers to film. It has been the backdrop for many films including, The Martian, Aladdin, Mission to Mars, and Transformers 2 among others. 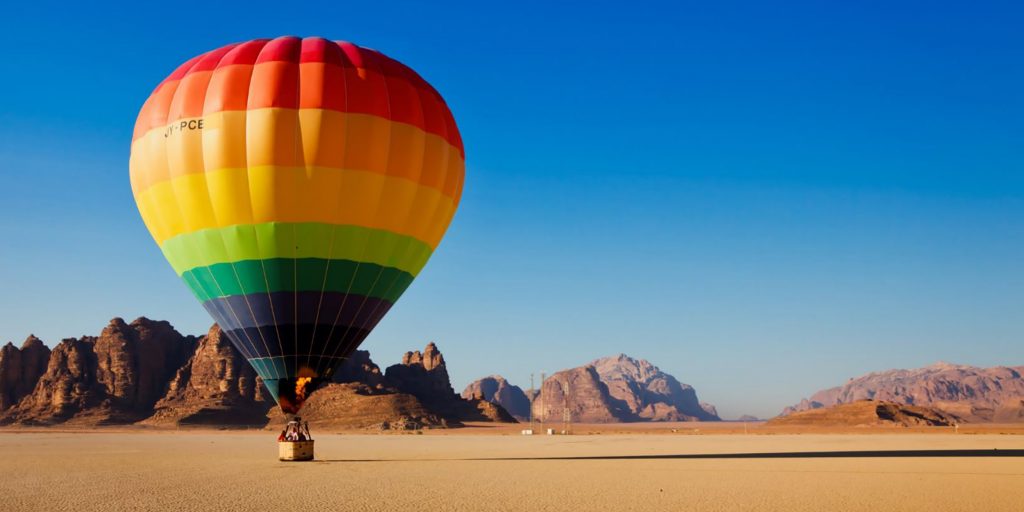 On the 1st of Oct, The Jordan Humanitarian Fund (JHF) launched the First Hot Air Balloon Festival in Jordan. It was the first of its kind in Jordan and the region. The Festival took place from the 1st – 5th of October 2021 in Jordan’s golden triangle (Wadi Rum, Petra, and Aqaba). The Jordanian Government has officially declared this area as a “green zone” (free of COVID measures).

The Festival is set to have multiple events:

The Hot Air Balloon festival in Wadi Rum consists of multiple events. These include Hot Air Balloon rides, preparations of the balloons on the ground, and evening balloon illumination in the magical scenes of Wadi Rum and Petra.

However, there are also other events during the festival. These include an Army parachute show, outdoor cinema to screen movies that were filmed in Wadi Rum, musical events, an Educational and Entertainment Center for kids, traditional Bedouin shows, and traditional Jordanian food. Furthermore, you´ll find a show about the Hejaz Train and Railway, a Royal Jordanian Falcons airshow, skydiving performances by Jordanian Armed Forces/ Special Forces, and performances by the Jordanian Armed Forces Band.

The event started in Wadi Rum, where 25 balloons flew every morning at sunrise for 3 days and then again at night. Local people and tourists have enjoyed these special moments in this sensational Desert. Afterward, they moved to Petra, one of the Seven Wonders of the World. In Petra, they flew over the main façade of the treasury. 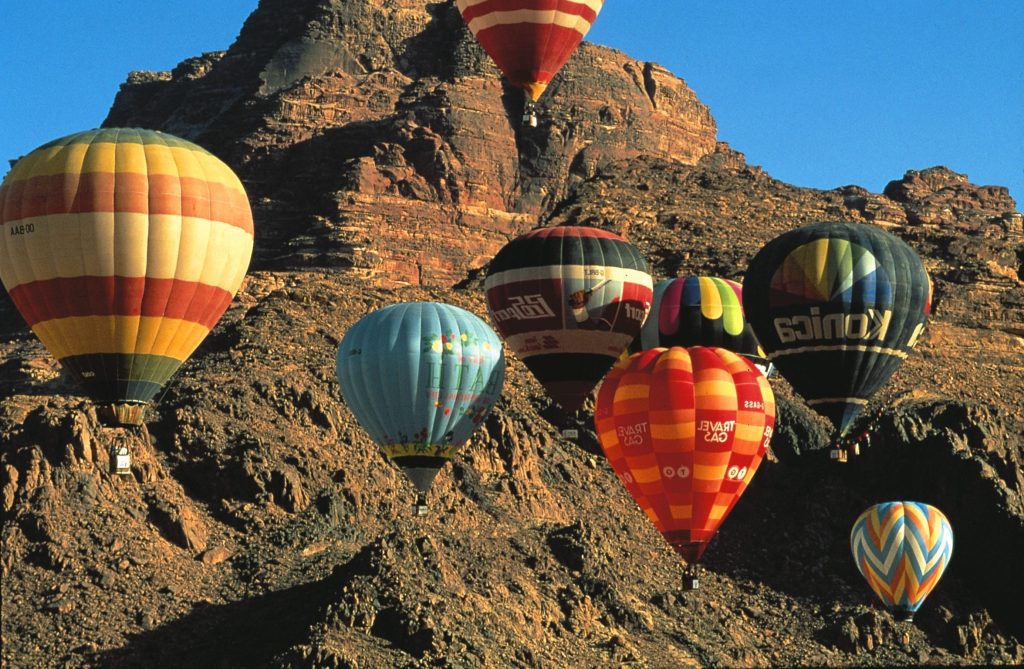 The event ended in Aqaba, by the Red Sea where they flew over the Oasis of Ayla. A new destination sculpted out of the coast of Aqaba with an amazing Golf club designed by the legendary Greg Norman. The event will take place next year with more balloons and participants. It will be put on the National Events calendar of Jordan, so make sure to let it coincide with your event!

Are you curious about what Jordan can offer for your programme? Find out more here!

The Georgia that was not on my mind!