The Rock Cut Temple of Abu Simbel was cut into the living rock by King Ramesses II (the Great) of the Nineteenth Dynasty, around 1264 BC. The temple is well-known for the four imposing seated colossal statues that dominate its façade. It is believed that the axis of the temple was positioned by the ancient Egyptian architects in such a way that on October 22 and February 22, the rays of the sun would penetrate the sanctuary and illuminate the sculptures on the back wall, except for the statue of Ptah, a god connected with the realm of the dead, who always remained in the dark.

This special temple was the backdrop of an exclusive event in Egypt. Using our creativity and innovation our team created a magnificent tailor-made set up in the foyer. We hosted our clients for a private and unique Historical Gala Dinner in the heart of the temple. While eating we presented the story of the King using spectacular 3D technology with the Great Temple as a backdrop. 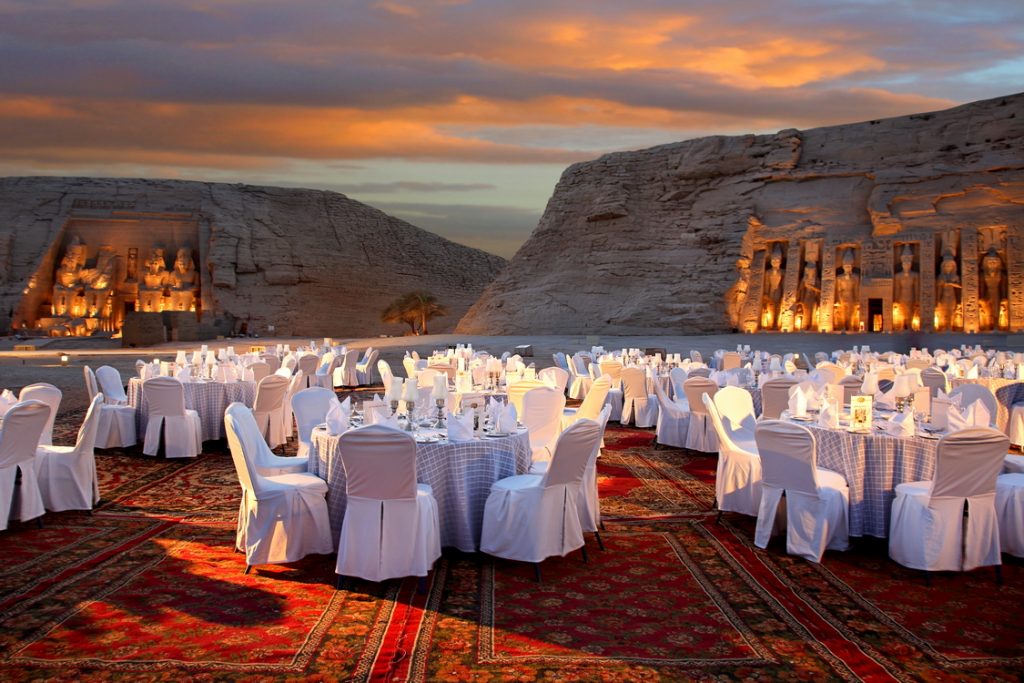 Experience history where it started…

Find out more about hosting your special event in Egypt!

Jerusalem: A city for everybody