Flying Kites in Bali to Get Closer to the Gods

Get Closer at The Bali Kite Festival

Everyone who has been to Bali must have noticed these dozens of multicoloured kites continually in the sky.  High in the air, with a slight buzzing sound, they seem to float with the clouds.

Every year, during the dry and windy season, is held the Bali Kite Festival. It’s an international event and an important kite competition for hundreds of Balinese villages where prizes are given to the biggest and most creative kites. The festival takes place over a few weeks on Padanggalak Beach in Sanur, in the South-East part of Bali. Multiple contests and celebrations occur during the period between July and October, the exact dates being scheduled according to the weather conditions. The festival is a delight for all ages, where everyone can experience a bit more of the magic of the Island of the Gods. 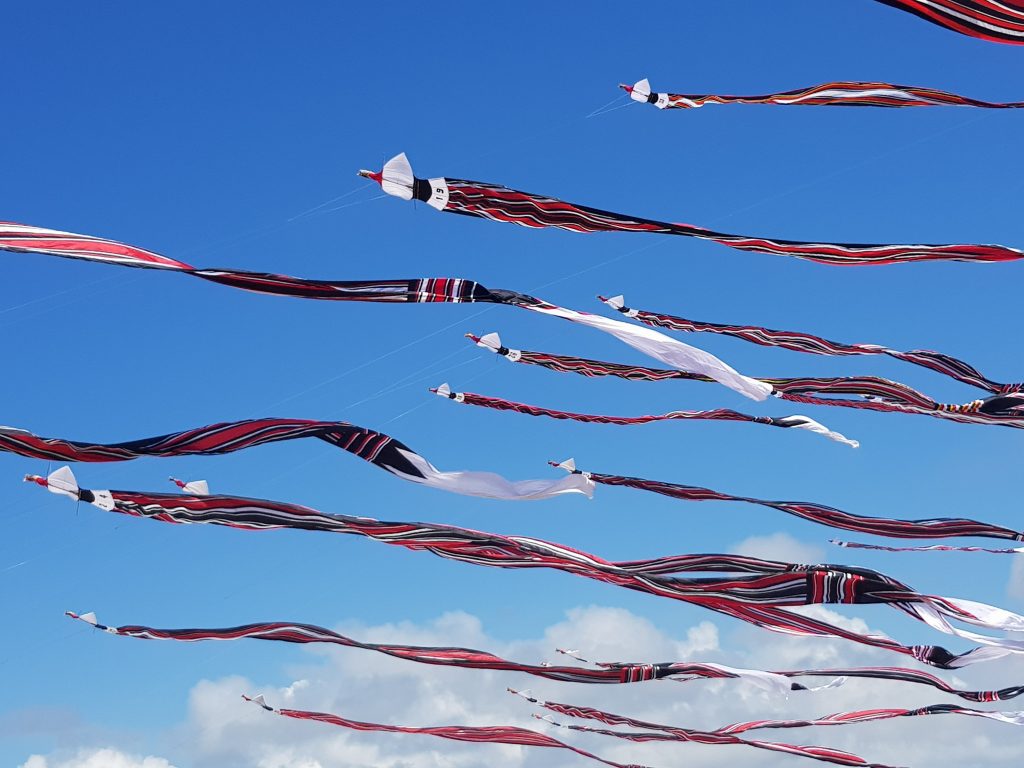 Kites are probably Balinese kids’ favourite game; from their earliest childhood, they make simple kites from scraps of bamboo and plastic and fly their kites high above their homes for hours. But besides being a playful activity for children, kite-flying is an ancestral tradition for Balinese people.

Like almost everything in Bali, kites have a religious and spiritual significance. For Balinese Hindus, kites are a way to get closer with the gods. Kites were originally used to send messages to the gods and to implore for a bountiful harvest. The creation of these traditional kites is a complex process; all the village take part in its construction, and offerings and prayers are made to bless it. 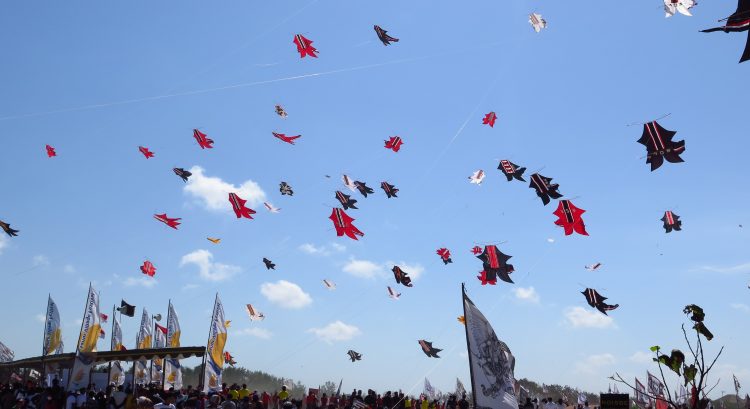 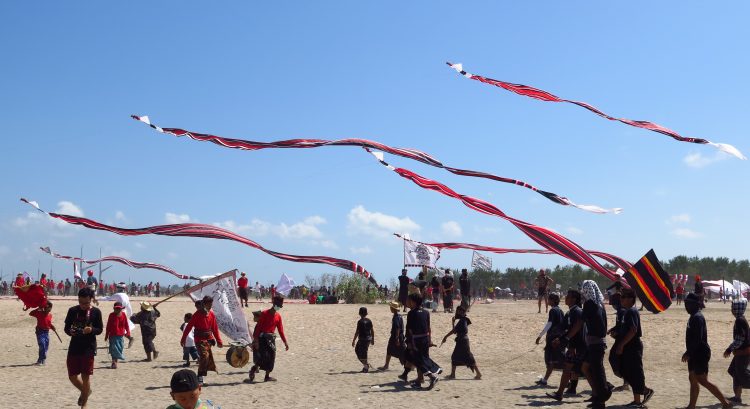 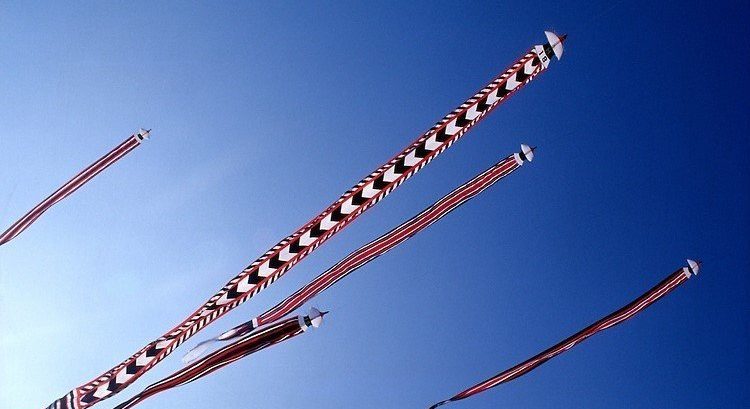 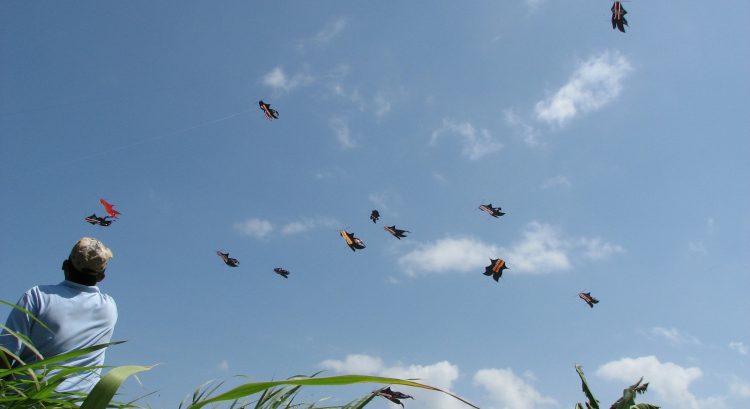 The frame of the kite is made of tensile and strong bamboo, covered with a colourful cotton cloth. Each detail is crafted to symbolize elements of Balinese Hinduism. Red, black, and white are commonly used colours. Red symbolizes Brahma, the God who created the universe. Black is for Shiva, the destroyer. And white represents Vishnu, the protector. The most common shapes are called ‘bebean’, ‘pecukan’ and ‘janggan’. Bebean represents a giant fish, pecukan has a leaf shape, and janggan looks like a bird with a very long tail which can reach up to 120 meters length. 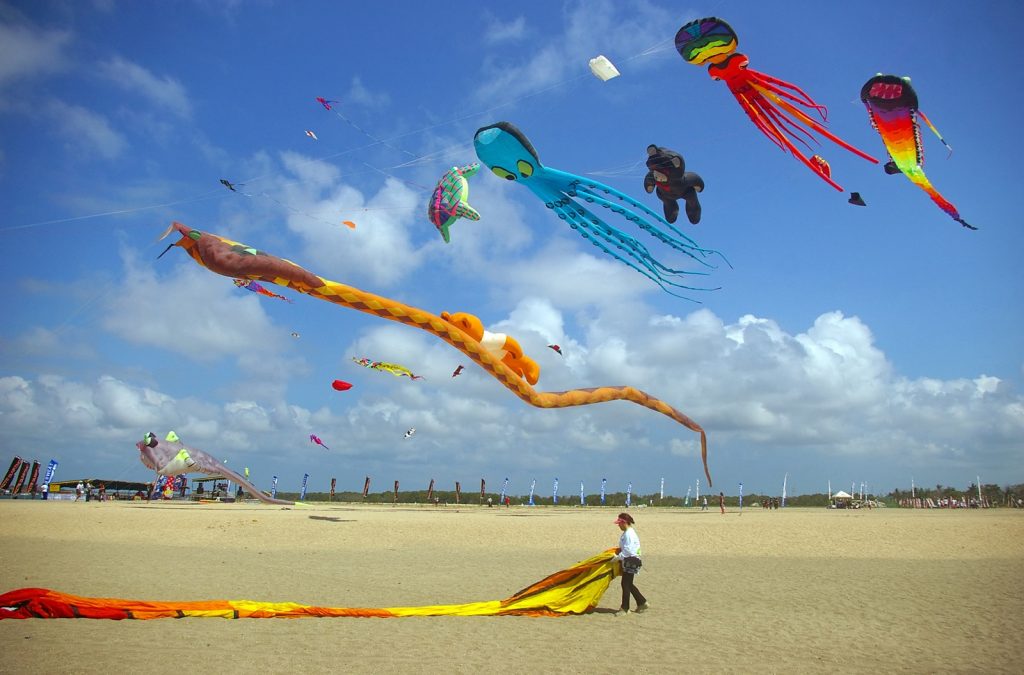 Since the larger the kite is, the higher it can go, Balinese kites are designed to be huge. The kite’s body can reach the size of 10 meters, without the tail. At least 50 people must help with the transport of these gigantic kites and get them airborne. But before the kite can make its maiden voyage to the Gods, ceremonies must be held by a Balinese priest to purify and give power to the sacred kite.

If you are planning to visit Bali with your team, Ovation Indonesia DMC will make it happen for you!

Bentota, Sri Lanka: where the River and Sea collides