Four months since the first confirmed case emerged, and Bhutan is ready to open up 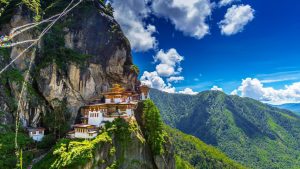 76 people contracted the novel corona virus in Bhutan, but no one has died from Covid-19, and nor has any community transmission been detected. It’s surprising given that this country is surrounded by China in the north, where the virus originated, and India in the south which has nearly 400,000 confirmed cases. Besides, Bhutan’s health infrastructure is modest. So how did Bhutan manage to contain this highly infectious germ?

Bhutan, a country of about 770,000 people, largely remains corona virus-free. Of the 76 confirmed cases, the first being an American tourist, 38 have recovered fully. So, barring entertainment centers and the country’s borders, almost all activities – from schools and colleges to offices to public transport to religious sites – are reopening. Bhutan is a democratic constitutional monarchy, where the 40-year-old king, Jigme Khesar Namgyel Wangchuck, is revered by almost all Bhutanese citizens as well as political leaders. King Khesar has been seen as being at the helm and the forefront of the fight against the corona virus. Despite the country’s need to be extra cautious given it lies between two geological giants in competition and conflict – India and China – the officials have remained calm but proactive, while also maintaining a high degree of transparency, in checking the spread of the virus.

The officials oversaw the formulation of a National Preparedness and Response Plan well before the first Covid-19 case was detected, and soon after that a detailed contact tracing was done within 24 hours detailed contact tracing was done within 24 hours. The mandatory 21-day quarantine for all Bhutanese returning from broad played a vital role in ensuring there is zero community transmission. Semi-lockdown measures were imposed early on, with schools and entertainment spots being shut down first, and people being urged to maintain physical distancing.

Bhutan closed her doors to tourists immediately after the index case. At least 5,000 Bhutanese living across the border in the town of Jaigaon in the east Indian state of West Bengal were brought into Bhutan before it fully closed its borders. The office of King Khesar has been taking care of them. The health ministry has posted daily updates on its website and social media accounts. It has held weekly press conferences, which included a sign translator, and created a WhatsApp group for journalists where officials respond immediately to any query or concern raised. The government started an advocacy campaign using all media platforms at its disposal to educate the Bhutanese masses on Covid-19 safety measures. Bhutan Telecom, the state-owned telecom service provider, assigned a caller ring back tune, a song encouraging people to stay home, to all its subscribers.

Authorities have built makeshift 24-hour flu clinics in all the districts. Anyone with flu-like symptoms has been advised to visit the clinics and not a hospital. Healthcare in Bhutan is free. All of the tests and treatment for Covid-19 have also been done free of cost. With more than 23,100 tests, Bhutan has among the highest test rates per million in the region. A national mental-health task force has also been instituted with a 24/7 helpline. Psychological first-aid training has been provided to many front-line workers as well as interested citizens. The government set up a registry for the vulnerable population – the elderly, people with chronic conditions, pregnant women and children – and King Khesar provided free care-packages, including multivitamins, to more than 51,000 people above the age of 60.

A positive story, especially about a government, might sound refreshing to some, and romantic to others in today’s world. While Bhutan has had many soft-spots, the country has from time to time surprised the outside world with its good gestures.

How did we contribute? Ovation Bhutan DMC offered vehicles and drivers to ferry ‘De-Suungs’ – voluntary workers for Covid-19 to their stations in East Bhutan. The Government of Bhutan has recruited many young De-Suungs with a quick 3 weeks training to fight this pandemic. De-Suung – De meaning peace and Suung is the act of guarding. So De-Suungs means Guardians of Peace and Harmony. Ovation Bhutan DMC donated 125 pieces 3M masks to front line medical personnel as a part of our contribution to fight the Covid-19. Annually, we sponsor food to 300 children through Food For Life Nepal. Their programs are based on the belief that one meal a day brings thousands of children to school. More than 90 percent of Bhutan’s supplies are transported from India. After Bhutan closed it’s international borders, the Ministry of Agriculture acquired 64,000 acres of private land to provide commercial farming opportunities to interested individuals to deal with the food security. Lately, there is a sudden boom in affordable organic vegetables in the market. We have also given a piece of our land to our in-house driver, Arjun,  who is spending his days with his family producing vegetables in the farm. 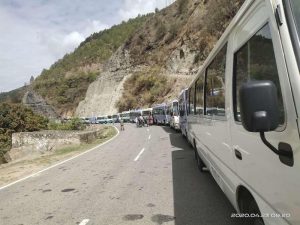 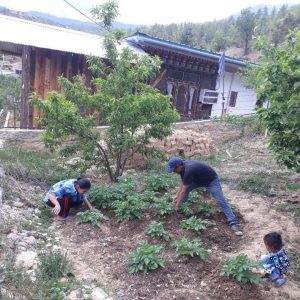 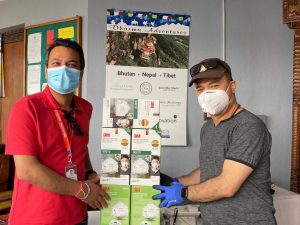 Never stop giving, Bhutan is keeping spirits high and would love if you could come soon and see it for yourself!

Bentota, Sri Lanka: where the River and Sea collides

The transformative power of Sri Lanka

A virtual incentive is now possible!