The O Interview: Edouard Getaz, producer and founder of InsideRisk 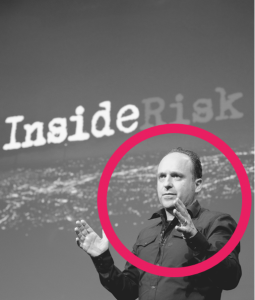 Ovation Global DMC had the pleasure to meet Edouard Getaz, producer, filmmaker and founder of InsideRisk,  an amazingly immersive experience.

Born in 1973 in Lausanne, Switzerland, Edouard holds a Máster in Law from the Fribourg University, Switzerland, and studied film, direction and production at New York University.

Is an entrepreneur, theatrical producer and filmmaker. He has developed and produced operas, films, interactive projects, music festivals, fashion shows, concerts and more recently, “InsideRisk”, a super immersive experience based on true stories. He explained to us a little bit more about it and how he got so far!

Hi Edouard, welcome to the O Interview. Here we go!

How did you get into the business you’re in today?

I have been producing all kind of things in live entertainment for more than 25 years, from music festivals to large theatrical extravaganzas with philharmonic orchestras and multimedia events. Now I also do TV. With InsideRisk, I have been working with an incredible leadership and emotional intelligence experts for the last three years to create various experiential learning events.

My brother founded what has become one of the best jazz festivals in Europe: he was 17, I was 9 when he started. I designed the poster for the first edition, with my sister and this is how we got into the entertainment business! Then I moved to New York twenty years later to be in one of the capitals of entertainment.

Please Edouard, talk us about InsideRisk!

Under the brand InsideRisk, we create super-immersive experiences based on true stories, where the audience is called to make the decisions that had to be made in genuine cases. The participants then discuss their choices under the guidance of a moderator and find out what happened in the real story.

Awesome trailer! Could you tell us, How InsideRisk impact leadership development?

We have a groundbreaking approach: the participants get to experience what is to lead in extreme circumstances and make tough decisions – say, for example, a hostage situation in Colombia in 1988.

The immersion we create to various media puts people in very emotional states and we highlight, through a very rich debrief, which leadership behaviours allow them to generate trust and inspire as leaders. These behaviours are not only useful in crises, but there are transferable into the field of day-to-day leadership. That is the whole point.

What is the future for InsideRisk in new media platforms?

Well, we have just started doing some interactive TV in Switzerland to test a new concept, which is half-way between a documentary and (smart) reality TV, where people have to make tough decisions in front of the cameras while living through a true story. The potential is huge.

We can’t wait to live this experience!

Did you have any mentors or people who profoundly influenced your career?

Yes! Prof. George Kohlrieser – who is one of the world’s leading experts in leadership and emotional intelligence – has become a mentor over the years. I also had the privilege to work with Claude Nobs, the founder of the Montreux Jazz Festival: Claude was a visionary guy when it came to new media before they even became mainstream. 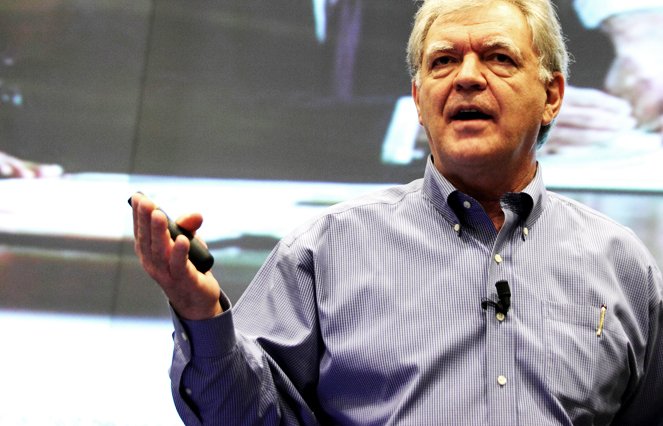 What did you want to become when you were a kid?

I was making films when I was 5 years old, I wanted to become a producer when I was 15, and I said to a friend that would live in New York when I was 18. All three things have happened. There is a saying in French which goes pretty much like this: adulthood is about making your children’s dreams come true. I like that idea.

Big Sur, in California – one of the most breathtaking places in the world. Also Zermatt, in Switzerland. 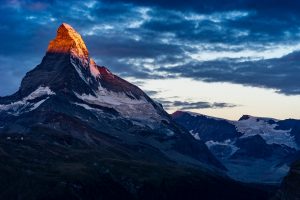 The Rolling Stones. I love their music, and I love every single one of them as characters.

-Charlie Chaplin’s The Great Dictator: frighteningly visionary and so funny at the same time.

TV series you are hooked on?

Anthony Bourdain’s Parts Unknown. Too bad he passed away because his series was a great way to discover cultures and food.

Thank you Edouard, for sharing with us so many interesting insights about your life, we can’t wait to see what’s next in the Inside Risk project and your professional career!