On the day of Canada’s Confederation, July 1, 1867, Torontonians assembled by the St. Lawrence Market, one of the world’s great markets, to mark the occasion. Fast forward more than 150 years, and Toronto has become so tightly woven into the country’s fabric, lending critical support to Ottawa, the nation’s capital, and forging new paths in manufacturing, medicine, city and financial development, and much more.

Over the years, Toronto has transformed itself into a centre of arts and entertainment, business, healthcare, sports, and, most distinctly, multiculturalism, with “Diversity Our Strength” pronouncing the motto on the city’s coat of arms. It has long demonstrated to the country the benefits of a vibrant, diverse, society, dating back to Post-Second World War opportunities and the changing of strict immigration policies from the 1960s onward that attracted newcomers.

Today, the city’s neighbourhoods are rich with cultural activities, kitchens, festivals, music and traditions that promote these ideas of diversity and tolerance. Take for example, Toronto’s Chinatown. It is huge. With flashy storefronts and produce stands spilling out of food stores, Chinatown is incredibly picturesque. On weekends, the bustling sidewalks give you the illusion you have travelled far away.

Toronto’s arts and entertainment scene is another salient feature of the city.

Back in 1952, the launch of CBC Television set the stage for Toronto to become the country’s centre of film and television production, bringing in Toronto-native Foster Hewitt, who is known for yelling, “he shoots, he scores!” while commentating for the Toronto Maple Leafs hockey games. Many popular television shows, including USA Network’s Suits, were filmed in the city.

If you’re looking to explore Canada’s most visited museum, the Royal Ontario Museum (also known as “the ROM”) showcases art, culture and nature from around the world and across the ages. The Art Gallery of Ontario (“the AGO”) displays similar art, but recently underwent a major expansion designed by Frank Gehry in 2008, and is one of North America’s largest museums and a highly-photographed architectural landmark.

Toronto houses many other major museums and galleries, including the Gardiner Museum, Bata Shoe Museum, Museum of Inuit Art, Museum of Contemporary Canadian Art,  Hockey Hall of Fame, Textile Museum of Canada and Ontario Science Centre, each telling a different story depending on your preference.

It also has one of the highest count of film festivals in the world, most notably the Toronto International Film Festival (TIFF), which in 2010 opened a new headquarters named the TIFF Bell Lightbox in Toronto’s Entertainment District. Historic theatres, such as Ed Mirvish, Princess of Wales and Massey Hall, run productions year-round.

Art, Canadian and international, is shown everywhere in Toronto. Within the subway system (the country’s first subway system), all along Graffiti Alley, scattered around colorful enclave Kensington Market and at the new Art of Banksy exhibit are just some places you might find it. In the downtown core at Nathan Philips Square sits the infamous Toronto sign, right next to Old City Hall. 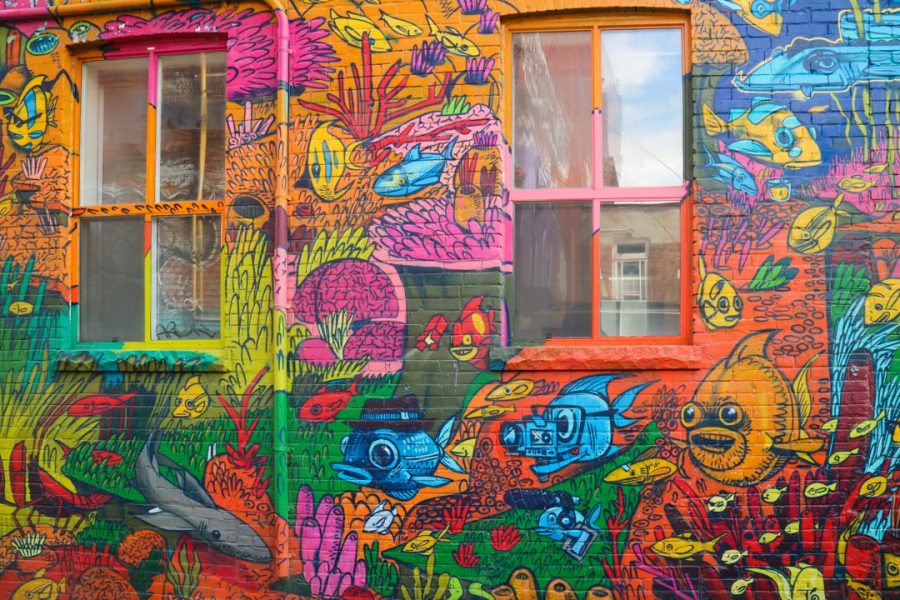 Toronto has two stadiums, the Air Canada Centre and the Rogers Centre, in the south core, home to the Toronto Maple Leafs (hockey), Toronto Raptors (basketball) and Toronto Blue Jays (baseball) teams. It also has BMO Field where Toronto FC (soccer) plays. The Raptors and Blue Jays are the only Canadian teams in their respective leagues, and have recently captured the country’s attention and hearts. The Raptors’ “We the North” branding and decision to sign Drake on as its global ambassador coincided with its appearance as a playoff contender the past few seasons, and the Blue Jays went on a playoff run in 2015 that reignited interest on a global level. In 2017, TFC made history becoming the first Canadian soccer team to win the MLS Cup.

Leading up to the Confederation, George Brown’s newspaper, the Globe, stirred national political debate and conversation, along with the Mail, its Conservative counterpart. These papers later formed the Globe and Mail. Today, the Globe and Mail Centre – the news organization’s headquarters – is a one-of-a-kind venue with rental space for corporate meetings, offering elegant spaces with panoramic city and lake views.

Toronto has many things to offer. It is safe, and boasts world-class hotels, including Hotel X, and two airports servicing the city. On top of this, it loves and welcomes its international visitors. As part of living in Canada, its summers are warm and winters are majestic (Canadians embrace the cold, afterall)!

If you want to discover more about Toronto don’t hesitate to contact our local experts by visiting the page: Ovation Canada DMC.

A Day in London with Ovation DMC