Mexico City is magical. There is no other way to describe it. This amazing city brings together the thriving cosmopolitan vibe of the 21st century wrapped in the charm of its colonial past and glimpses into the indigenous glory of the Aztec empire. In the midst of one of the largest cities in the world, there are thousands of amazing secrets, corners and stories to be found. 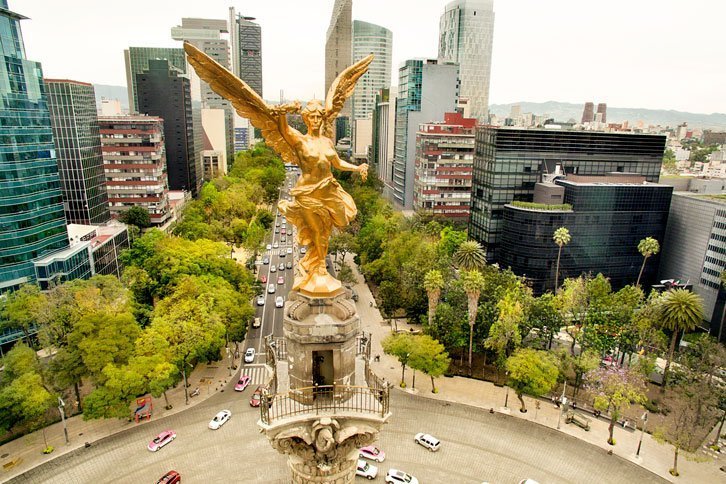 Before planning your trip, check out this list of gems to fall in love with Mexico City.

1.- The original name of Mexico City is Tenochtitlan in the local indigenous language (Nahuatl). The name was preserved by the Spanish crown but then changed to Mexico.

2.- The word “Mexico” is a Nahuatl word meaning the “bellybutton of the moon”: Metztli (moon), Xictli (bellybutton) and co (place).

3.- The city is built atop a lake and is constantly sinking. It is estimated that it has sunk more than nine meters in some areas over the last 100 years. 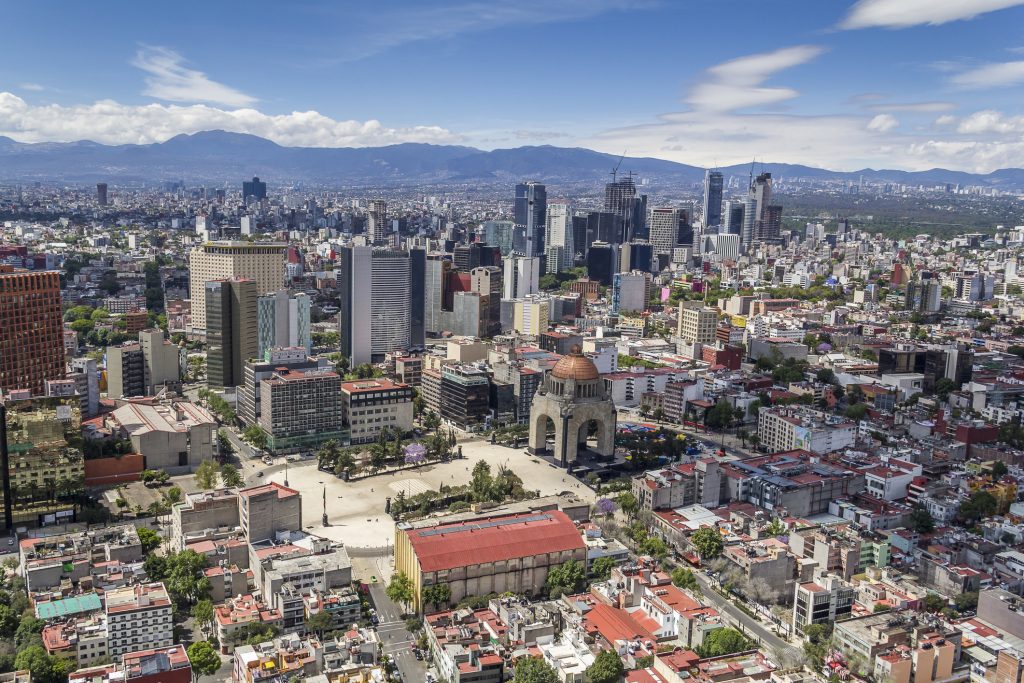 Overview of Tabacalera neighbourhood and reforma area, around monumento a la revolucion

5.- More than 600,000 U.S. Americans live in Mexico City; the largest concentration of Americans living outside of the USA.

6.- Mexico City was the second most populated city of the world for many years, after Tokyo. However, in 2014, the UN placed it in the 4th spot after Tokyo, Delhi, and Shanghai. 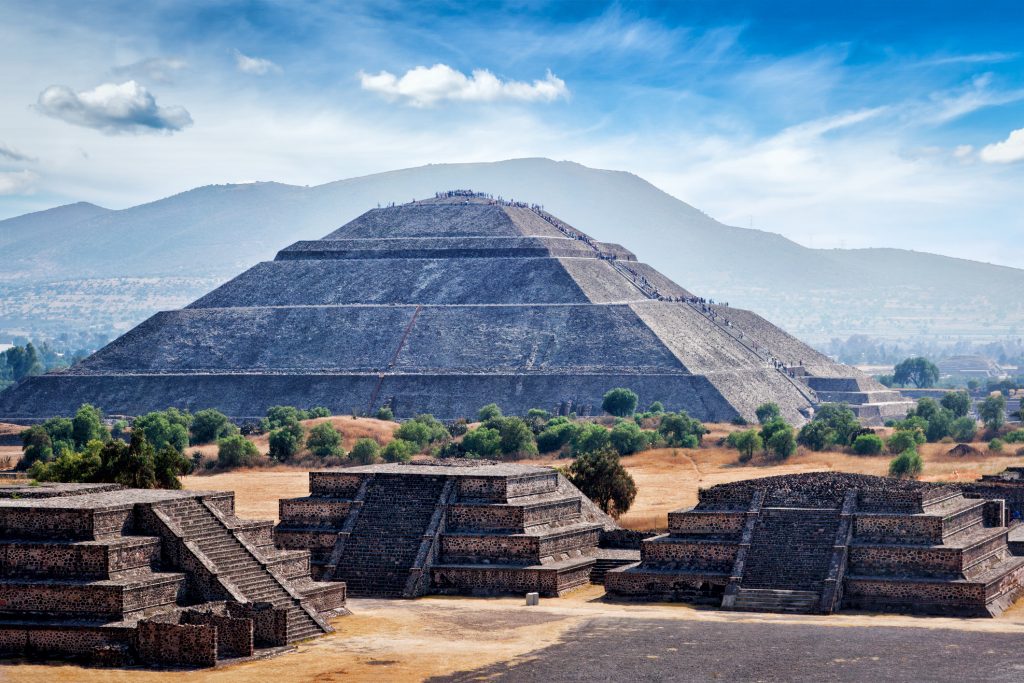 9.- With 170 hectares of construction, UNAM is the largest university of the world. It has three orchestras, cinemas, theatres, a soccer team, more than 30 museums in Mexico, two fire stations, one TV channel, almost 40 thousand academics, and more than 300 thousand students.

10.- Mexico City has the largest amount of museums in the Americas and the second largest amount in the world, after London. It has more museums than Madrid, New York or Paris.

11.- Mexico City’s subway is the largest in Latin America, with 12 lines along 226 km, 195 stations and 7 million people using it every day. It is also the cheapest in the world at only 5 pesos per journey.

13.- Mexico City is home to the only real castle in the Americas. The Chapultepec Castle was home to the Spanish viceroys and the Austrian Emperor Maximilian of Habsburg. Today, it is a museum. 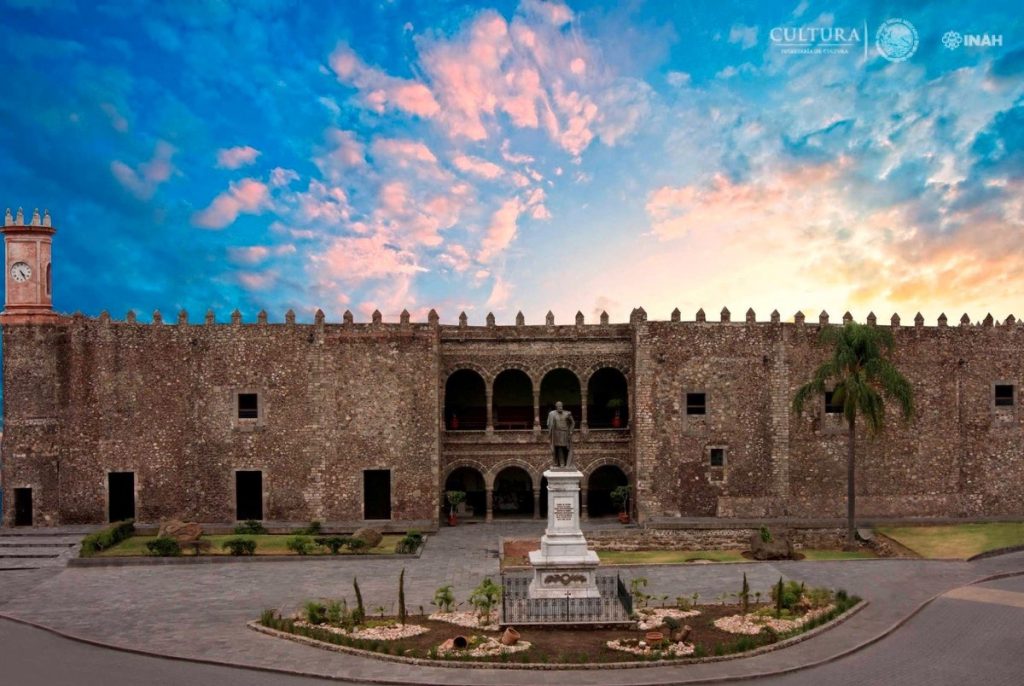 15.- The Villa de Guadalupe is the second most visited Catholic sanctuary in the world. The Vatican is the first.

16.- Mexico City is sometimes referred to as “The City of Palaces” as it is home to the largest amount of palaces in the continent.

17.- Mexico City has the biggest bullring in the world. It can hold 41 thousand people. It serves as a venue for concerts and even motocross tours.

18.- Mexico City was included in the list of 10 cities with better sustainable development. It has taken drastic measures to reduce its high levels of air pollution.

19.- The food in Mexico City is among the BEST Mexican food you will ever have in the entire country because it gathers the flavours from all states. It is the best place to taste Mexico. 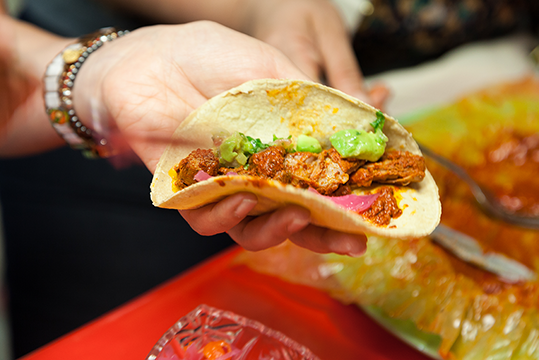 With so many things to do and see in Mexico City, it is without a doubt an item to add to your travel bucket list and a city to explore.

If you want to know more, please visit our website

12 Essential Networking events for the MICE industry this 2019